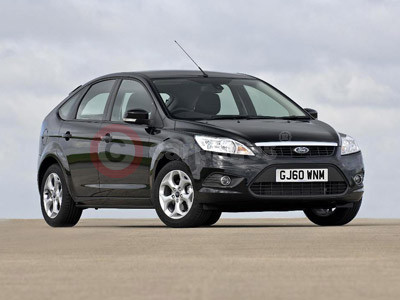 UK market leader Ford is celebrating its centennial by boosting shares across its range in a weakened January market.

The official figures released by the SMMT today show that without the benefit of the scrappage incentive scheme operating in January 2010, total car sales last month were down 11.5 per cent to 128,811 units.

Ford Focus was the UK car sales leader in January, pushing the Ford Fiesta into 2nd place for the first time since May 2010. Ford Focus sales were 7,582 up from 6,953 in January 2010 and it also increased its share of car sales from 4.8 per cent to 5.9 per cent. There were similar increases in sales and share for the new Ford C-MAX range, the Ford S-MAX and the Ford Galaxy.

Ford commercials performed strongly in January with the range registering five sales for every three that were recorded in the same month last year.  Sales of Ford commercials in January were up from 2,779 to 4,675 and the Ford share of commercial sales increased from 20.6 to 23.4 per cent, compared with January 2010.

Nigel Sharp, Ford Britain managing director, said: "We have kicked off our centenary year with a strong sales performance right across the Ford range of cars and commercials. The all-round appeal of our vehicles is more evident than ever, supported by an unrivalled dealer network. Importantly though, Ford is maintaining its discipline in an intensely competitive market by strengthening the quality of our market share, as indicated by increases in our retail and commercial sales, and we expect another uplift from the launch of the exciting, new Ford Focus in March."