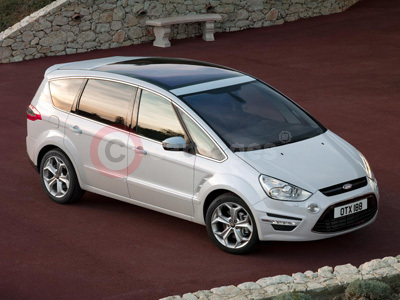 Launched in 2006 and further enhanced this year, Ford S-MAX has benefitted from a refreshed exterior and interior, new high-efficiency engines plus enhanced technologies including blind spot alert and adjustable speed limiter.

"A powerful new line-up of EcoBoost petrol engines and revised diesels, as well as an increase in cabin quality, has helped keep the Ford ahead of the game."

Jon Gunn-Smith, Ford large car product manager, said: "Ford S-MAX's hat-track of wins at the Auto Express New Car Awards is testimony to a car which has redefined the Multi-Purpose Vehicle segment. Almost 45,000 UK motorists agree with Auto Express and have bought one for themselves.

"They appreciate not only the looks and functionality of a Ford S-MAX, but also its driving quality. This has been strengthened by the latest model, which includes a 163PS 2.0-litre diesel engine returning almost 50mpg and 203PS 2.0-litre turbo petrol engine."

The Ford Fiesta, last year's Auto Express Car of the Year, continued its dominance of the small car segment by being named best supermini of 2010.