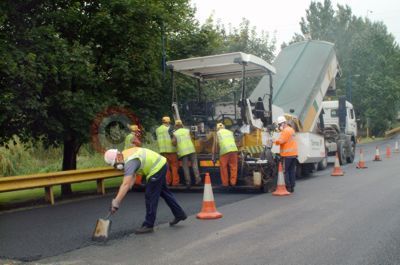 Ford Motor Company has been named the 'Best Performing Corporate Organisation' at the Mayor of London's Green Procurement Code awards, in recognition of its outstanding contribution to materials recycling.

During 2005 the company, which employs around 14,000 people in the UK including 4,500 at its 473 acre Dagenham estate to the east of the capital, has purchased sufficient recycled-content products to stop 21,000 tonnes of materials - the equivalent of nearly 3,000 double decker buses - being disposed of in landfill sites.

The Mayor of London, Ken Livingstone, said: "The awards provide an ideal opportunity to recognise the outstanding achievements of companies in creating a sustainable city for the future. These companies are not only recycling their waste, but are closing the recycling loop by also buying recycled products."

One of the Ford initiatives which impressed the Mayor and the other judges was the section of Dagenham estate roadway which had rubber crumbs or granules from shredded tyres added to the bitumen and aggregate. As a consequence around 300 tyres were not sent for landfill disposal and roadway improvements are expected to include a marked reduction in road surface noise generated by traffic.

Another Dagenham initiative involves the recycling annually of 1,700 tonnes of a metal and oil sludge, the by-product from the machining of engine blocks. Previously this was sent to landfill, but a new process sees the metal and oil being separated by placing the sludge under high pressure. The resulting metal briquettes have a number of industrial uses, including steel making, road surfacing or refuelling cement kilns. The reclaimed oil is used again in the Dagenham engine manufacturing plant.

The most visible signs of Ford Motor Company's environmental actions in greater London are the two wind turbines which dominate the landscape at Dagenham. Between them, they generate enough power to provide for all the electricity needs of the £320 million state-of-the-art diesel engineering and manufacturing centre on the estate. By using wind-generated electricity, Ford Motor Company has eliminated the air pollution which would otherwise have occurred (5762 Tonnes of CO²; 67 Tonnes of Sulphur Dioxide and 20 Tonnes of Nitrogen Oxide) had the electricity been generated by non-sustainable methods.

Ford of Britain chairman Roger Putnam, commenting on the awards, said: "We are absolutely delighted at achieving the Mayor of London's award for our environmental initiatives. In this century recycling and sustainability have become part of the vocabulary of corporate life. Waste is a resource. Power is a luxury. Each and every Ford Motor Company employee is playing his or her part in achieving our corporate goals in this area."