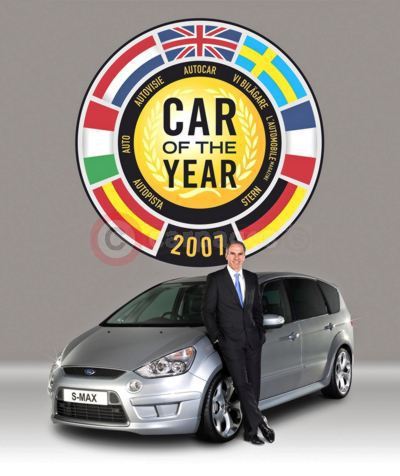 Ford's sales performance in its 30 th successive year as top-selling UK car brand secured leadership on all fronts for the blue oval in 2006.

Industry figures out today show that Ford S-MAX , Car of the Year 2007; Ford Focus, Britain's favourite car; and Ford Fiesta are current stars in a range which has led the UK car market for three decades.  This performance extended the sales gap between Ford and its nearest rival to over 42,000 cars last year.

The Society of Motor Manufacturers and Traders (SMMT) confirms that new Ford Transit drove a near five per cent rise in Ford commercial vehicle sales in 2006.  Transit assembled in Southampton and voted International Van of the Year 2007, helped Ford win almost 93,000 commercial vehicle customers - up from 88,800 in 2005.

Roelant de Waard, Ford of Britain chairman, said:  "This great result proves our formula of product, quality, pricing and service is finding favour with increasing numbers of UK customers.  Together with our dealers we will continue to work hard on this in 2007 - which is really the year of the new Mondeo!"

Ford of Britain's 2006 results include higher total vehicle share and volumes despite a depressed market.