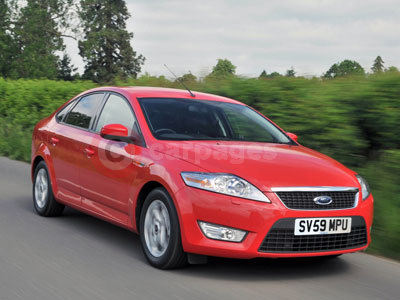 After Ford boosted its UK car fleet market leadership in 2009, the Ford Mondeo has now become "Britain's most popular fleet car", according to FleetDirectory readers.

In a poll conducted by industry website FleetDirectory, Ford Mondeo took 20 per cent of the vote - six percentage points ahead of its nearest rival. FleetDirectory cites qualities such as class-leading safety, practicality, low running and whole-life costs as key to the Ford Mondeo's success.

"The Ford Mondeo is popular and long-established, so fleets and fleet managers trust its solid manufacture," said Richard Lawton of FleetDirectory. "Add to this smart innovations, including low-carbon ECOnetic technology, and the Mondeo is an understandable winner. Its lead in our poll speaks volumes for Ford's leadership in fleet."

This leadership was strengthened in 2009, when Ford increased its share of the UK car fleet market by 3.1 per cent, compared with 2008. It ended 2009 with 20.0 per cent of all car fleet sales in Britain, outpacing its closest rival by more than four percentage points.

Market share improvement was achieved in a year notable for its tough trading environment. Ford of Britain director of fleet operations, Kevin Griffin said: "It was a very challenging year but we have nonetheless made gains by growing our business cost-effectively - by launching products which customers desire, and at a lower cost than before thanks to increased manufacturing efficiencies and reductions in product complexity. To have increased our market share in such a difficult market is a remarkable feat."

Commenting on the FleetDirectory award Kevin Griffin said: "This is a great tribute to the Ford Mondeo as this award is actually decided by fleet managers and company car drivers themselves. This is the latest in a long line of accolades for Mondeo and Ford Fleet, which we welcome warmly."