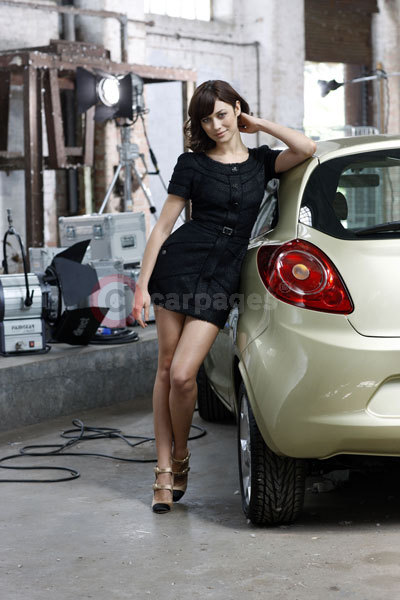 Excitement is mounting as film fans await the 29th October 2008 world premiere in London of the new James Bond adventure, ‘Quantum of Solace’, which also features a cameo appearance from the stylish new Ford Ka.

In the movie the Ka is driven by Camille, the beautiful but feisty leading lady, played by Olga Kurylenko.  To celebrate the cheeky new Ford Ka’s cameo role, Ford is promoting a special series of exciting media features.

Movie fans who want to learn more about Kurylenko and her character Camille don’t need to wait for the film’s release, however.  Her independent spirit, sense of adventure, bravery, style and beauty are captured in a series of unique TV programmes, articles and on-line content which have been created with support from Ford.

Special insights into the latest Bond girl are now available via the following channels:

‘Quantum of Solace’ is produced for EON Productions by Michael G. Wilson and Barbara Broccoli and distributed by Sony Pictures Entertainment.

Directed by Marc Forster, the film stars Daniel Craig as the legendary secret agent, James Bond and opens in the UK and France on October 31st, then across the rest of Europe during November 2008.

The all-new Ford Ka will be available to drivers other than Olga Kurylenko in late 2008/early 2009.