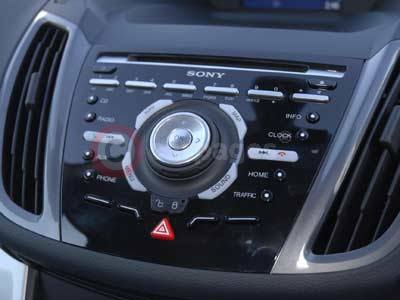 Cassette tapes were once state of the art in-car entertainment, which were then phased out by CDs, it seems a similar fate my be in store for in-car CD players as Ford scraps multi-disc changers in exchange for a USB connections and Bluetooth included as standard on UK models.

"In-car entertainment technology is moving digital more rapidly than almost any other element of the vehicle experience," said Sheryl Connelly, global trends and futuring manager, Ford Motor Company. "The in-car CD player - much like pay telephones - is destined to fade away in the face of exciting new technology."

Figures released by the British Phonographic Industry are showing the the number od CD albums sold in the UK have fallen 25 per cent between 2006 and 2010, while more than seven times the number of digital albums have been sold.

Currently, Ford offers CD players alongside alternative connections such as USB, Bluetooth and auxiliary inputs, but as digital devices become more popular, it could be that CD players are completely phased out.

"Ford will obviously continue to offer CD players while there is demand," said Ralf Brosig, multimedia manager, Ford of Europe. "However, over time we expect customer preferences will lead us quickly into an all-digital approach to in-car audio entertainment."

The arrival of the SYNC with MyFord Touch system in Europe - arriving first in the Ford Focus - provides a multimedia infotainment hub with multiple input options including, SD card ports, USB, RCA and Bluetooth.

The system also provides a secure wireless hotspot for up to five devices, through USB or mobile phone broadband modems which could allow for music streaming - which would even remove the need for music storage devices altogether, when used with services such as the Apple iCloud or Google Music. By 2015, Ford expects to see two million vehicles equipped with SYNC on the road.

Another system currently provided by Ford is Digital Audio Broadcasting radio, in the form of DAB, DAB+ and DMB, with 150,000 DAB equipped Fords already on the roads across Europe. Starting in July 2011, coverage will expand as more more countries replace or supplement analogue broadcasting infrastructure with DAB systems.