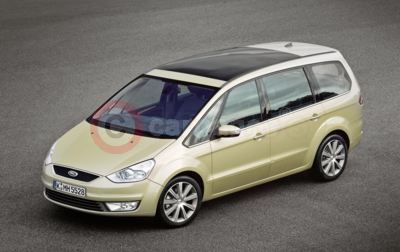 Ford's Galaxy and S-MAX models have been confirmed as favourites in the business world following three wins at the 2007 BusinessCar awards.

S-MAX has been voted New Fleet Car of the Year 2007 and Best Mini-MPV by readers of BusinessCar magazine. Galaxy was awarded the top slot in its class with Best MPV. The BusinessCar Awards are nominated by readers of the publication, making them among the most influential in the business car arena.

Commenting on the awards for S-MAX, BusinessCar Editor-in-Chief Tristan Young said: “First impressions are what count. So when we first described the Ford S-MAX as a genuine breath of fresh air it’s fair to say it was off to a good start. And now that good start has got better, because not only does the S-MAX collect its segment top prize here, but it gallops off with our prestigious New Car of the Year award too.”

With a low Benefit In Kind tax rating, best-in-class residual values and low running costs, Ford S-MAX’s sharp styling, innovative interior and sporty driving characteristics have already made it a favourite in both the fleet and retail sectors.

New Galaxy also won its class as Best MPV with what BusinessCar described as its, “smart and understated looks”. Galaxy also won praise for its innovative fold-flat seating:

“Galaxy handled the age-old MPV passengers-or-luggage dilemma with aplomb, and interior space, despite being only 50mm longer than the S-MAX. Galaxy shares the key driving dynamics of S-MAX while satisfying those customers who need a larger MPV.”

Commenting on the Galaxy win, Kevin Griffin, Ford Director of Fleet Operations said: "We needed to meet the needs for a large MPV to retain its customer base, but importantly, not neglect the outstanding driving dynamics that are the blueprint for all Ford vehicles."

Both S-MAX and Galaxy are available with a choice of 1.8-litre TDCi common rail diesel engines in 100PS and 125PS power outputs, a 2.0-litre 140PS TDCi diesel engine and a 145PS 2.0-litre 16-valve petrol unit.  The S-MAX is also available with a 2.5-litre 20-valve 220PS petrol engine. Dependent upon engine choice, either five or six-speed manual gearboxes are fitted as standard.