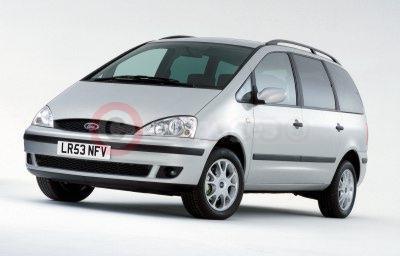 Ford Motor Company today announced a powerful new, 150PS TDI diesel engine for its popular, seven-seat people mover, the Ford Galaxy. The new addition to the line-up continues to build on the strengths and "travel first class" character whilst providing customers with even more performance and responsiveness.

The new 150PS, 1.9-litre turbodiesel variant is available to order from February 9th, in both Zetec and Ghia models from £23,155 and £24,655 respectively. Galaxy now boasts a selection of seven engine options as well as transmission choices that include five and six-speed manuals, a four-speed automatic and five-speed select-shift automatic.

With 150PS and 310Nm of torque, the powertrain provides Galaxy with a new top speed of 124 mph and improved acceleration over its already sporty 130PS stablemate. The new top-of-the-range Galaxy TDI now accelerates from 0-62 mph in 11.9 sec. Fuel consumption rated at 44.9 mpg combined, 34.9 mpg urban, 54.3 mpg extra urban with CO2 emissions of 170 grams per kilometre in the combined mode.

The new TDI engine is expected to boost Galaxy’s appeal after a successful 2004 in which sales volumes eclipsed the Volkswagen Sharan in Western Europe. In Britain it is expected to add weight to Ford's overall diesel penetration in 2005. In 2004 27.3 per cent of customers chose diesel models, compared with 22.7 per cent the year before.

"The key difference with this more powerful engine is in real-life driving," said Jon Gunn-Smith, large car product manager, Ford of Britain. "Its improved acceleration is ideal for overtaking manoeuvres, and the higher top speed will make motorway driving more relaxing. We expect the new engine to fuel the vehicle's popularity among family and business users."

Galaxy continues to offer up to four integrated child seats on the second and third seating rows for children between 11 months and 12 years of age.