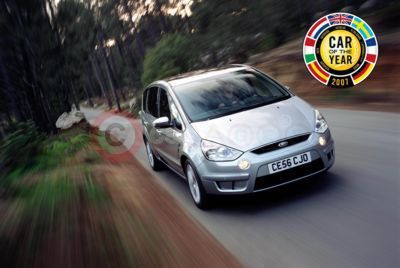 This award has particular significance because it is decided by fleet managers.  Thousands of authenticated fleet decision makers vote for the award on a secure and audited website.

The fleet managers voting for the award recognised that Ford has strengthened its core fleet offerings, while maintaining its number one spot in the sales charts.  The new Ford Transit – International Van of the Year 2007 – has received rave reviews in the van industry.  Many pundits have also claimed that Ford has single-handedly turned the perceptions of MPVs from staid to stirring with the introduction of the new Ford Galaxy and the Ford S-MAX, the 2007 Car of the Year.

Ford intends to build on this success with the launch of the all-new Ford Mondeo, which has already made a huge impact although it has not yet reached the market.  Its reputation in the fleet world has been enhanced by EurotaxGlass's indication that the residual value of the all-new Mondeo will be significantly higher than that of the outgoing model, and that it will outperform those of some of the car's key rivals.

The Ford S-MAX also took the Best Large MPV accolade at the awards, as voted for by Fleet News’s own panel of experts, who praised it for its unique blend of performance appeal, space, comfort and versatility.

Kevin Griffin, Ford of Britain’s Director of Fleet Operations, said: “With the launch of all-new Mondeo underway these awards are significant – particularly Manufacturer of the Year, which is the direct result of our customers' positive experiences with the company and our products. This helps to confirm that our strategies are correct, not just in the showroom, but among fleet customers too.”