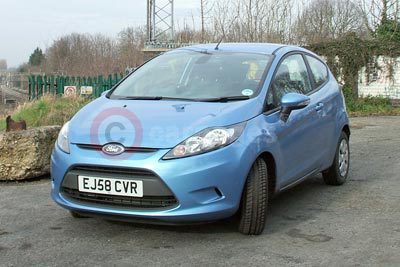 You can almost guarantee that any new Ford is going to be a winner and the new Fiesta is no different. With a crop of awards under its belt already, Ford has taken the new format a stage further with the, clean, green ECOnetic version.

The new Ford Fiesta went on sale in October 2008; a month later it was voted Car of the Year by the Association of Scottish Motoring Writers and just as the ECOnetic was hitting the showrooms in January, the standard Ford Fiesta was crowned What Car? Car of the Year. So clearly, something is going right.

Not that there was anything wrong to start with. During its 32-year history, the Ford Fiesta has always been at the top of the European best-seller list with over 12 million sold. But it was time for a change and the 'new' Ford Fiesta became 'all-new' from the ground up and, although it was developed in Europe, it is designed for the global market. Marin Burela, Ford's European, Executive Director of Small Cars goes as far as to say that the new Ford Fiesta represents, "a landmark moment for Ford," and that it is, "the most significant global vehicle project since the Model T." It's big talk but, recession aside, the Ford Fiesta is likely to fulfil all expectations.

Certainly, this latest model has a more modern appearance that will appeal to younger buyers with a front end that features a large trapezoidal grille similar to that on the old Zetec S 'specials' and a standard feature of Ford's Kinetic Design ethos. Above this is a neat, narrow grille with a large Ford badge in the centre. Either side are the new slimline headlight clusters that appear to extend to level with the base of the windscreen, giving the car a wider, sleeker and more dynamic appearance.

From the side, strong design lines emphasise the new, upward angle of the lower window line, which is more noticeable in the three door versions due to the extended doors that force the B-pillar back.

The back end couldn't be more different, featuring deep rear wings sliding down to a heavily moulded bumper with a diffuser-effect cut-out, while the whole tailgate and tail-light area, seem to be set higher with new-shaped clusters and a generally more rounded appearance.