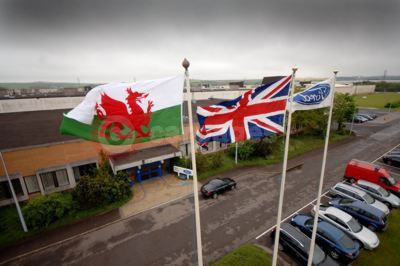 Ford's two UK engine plants are confirming large 2006 production increases and securing hundreds of new jobs, putting each on course for 1,000,000 engines a year by 2009.

Ford's global centre for diesel engineering and manufacture at Dagenham, in Essex, saw a 24 per cent rise in volumes last year.  Two additional variants new to Dagenham - 1.4 and 1.6-litre engines - will be launched within months, pushing output even higher in 2007.

In an ongoing recruitment drive which has created 250 jobs to date, engine production and maintenance specialists are being taken on by Ford Dagenham in readiness.

Dagenham plant manager Dave Parker said:  "Year 2007 brings Dagenham its most significant expansion in more than 30 years.  Our new assembly line for 1.4 and 1.6 engines was installed last year and is now being tested, building pre-production units.  I look forward to the line going live in the second quarter."

Bridgend plant is the centre of Ford's petrol engine production in the UK.  Here too volumes are up, leading to further expansion of the workforce.  In 2006 the Welsh plant built 11 per cent more engines than the previous year.  Bridgend will create a further 200 jobs this year to sustain its expansion.

Bridgend plant manager Bob Murphy said:  "We have benefited from continuing strong demand for the Ford Motor Company cars we power, investment by the company and Welsh Assembly Government support.  Co-operation from employees and unions is enabling us to meet rising orders for our advanced technology, high quality engines."

The plant assembles four, six and eight cylinder engines from 1.25 to 4.4-litre for the Ford, Jaguar, Land Rover and Volvo brands.  Its 3.2-litre unit, which went into production last year, is on show at this month's North American International Auto Show, modified to run on either bioethanol or petrol.

Bridgend's output this year will exceed 800,000 engines for the first time since the plant opened in 1980.  It, like Dagenham, is on course to produce a million engines a year by 2009.