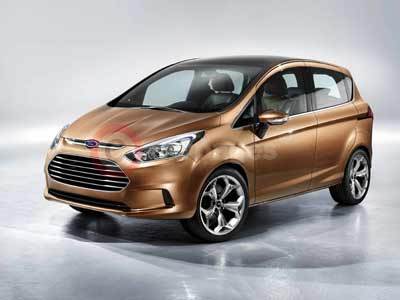 Ford has announced their smallest engine ever, a 1.0 litre EcoBoost three cylinder fuel efficient engine, developed in Europe. Additionally, Ford has confirmed that its next generation of hybrid vehicles, which will include the Ford C-MAX in 2013, will feature Ford designed, engineered and built transmission.

Derrick Kuzak, Ford's group vice president of Global Product Development said "In the last five years, we have made a record investment in new powertrains and fuel-saving technologies," he said. "Today we have the freshest powertrain line-up in the industry. And there is plenty more coming."

The engine has been confirmed to power the new Ford B-MAX, on sale in the UK during 2012 and will also feature in a selection of Ford's other small cars.

To put Ford's new engine into perspective, is has around the same displacement as a touring motorcycle engine. This is the first engine Ford has built with less than four cylinders.

"Drivers are going to like the new 1.0-litre EcoBoost because it delivers great low-speed responsiveness, power, torque and smoothness," said Bakaj.

Further details on the new three cylinder engine built by Ford will be released at the 2011 Frankfurt Motor Show.

Ford B-MAX Images may not be UK specification cars. Colours and exterior and/or interior elements may differ from actual models.