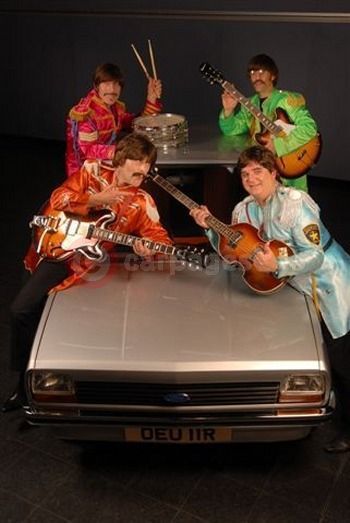 Ford's 3,000-strong team at its Dunton technical centre are working towards their next major vehicle launch early next year after celebrating the Essex site's 40th anniversary.

Ford Dunton, where future engines, transmissions and commercial vehicles are developed, turns 40 this year.  During his visit in July to mark the anniversary, The Prince of Wales drove a prototype Ford Focus low-carbon ECOnetic model – available in spring 2008.

Dunton technical centre, and its Dagenham-based diesel engineers, will deliver an eco version of the 1.6-litre Ford Focus TDCi capable of 65.7mpg and emitting only 115g CO2/km.  The achievement, to be followed by ECOnetic Ford Fiesta and Mondeo models, was just one of Ford Dunton's successes highlighted at this month's celebratory event for employees at the UK's largest automotive research centre.

Graham Hoare, head of Ford Dunton, said:  "Our award-winning powertrains and products are continuing to win acclaim around the world and Dunton is the 'centre of excellence' behind many of them.  The success of our commercial vehicles, evidenced by Ford Transit as International Van of the Year 2007, is key to our sustained business profitability."

Opened on 12 October, 1967 by then Prime Minister Harold Wilson after a £10.5 million investment by Ford, Dunton technical centre brought together engineers from 10 different R&D sites around Essex, the Midlands and Southampton.

From 1967 the new integrated team became involved in every vehicle produced by Ford in Europe, including "Project Bobcat" – taking Ford into the small car segment with the Fiesta – and an early commercial vehicle programme to develop a four cylinder replacement engine for Transit.  Examples of Dunton's 40 years of vehicle development were on display on the anniversary of the centre's opening.

Dunton-developed gems such as the first Ford Fiesta from 1976 and a 1974 Ford Escort are maintained in fully roadworthy condition as part of the company's heritage collection.

The 95-vehicle strong collection also includes predecessors of Dunton's commercial vehicles such as an early Ford Transit from 1965, in customer GEC's yellow and black livery of the time, and a 1961 Ford Anglia van sign written in memory of its owner and former Ford employee.

The Ford Transit's arrival triggered Ford's 42-year reign as top selling commercial vehicle brand in Britain.  Launching the Ford Fiesta drove Ford to the top of the car sales charts, where it has stayed ever since.