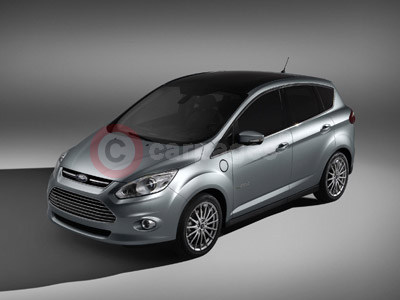 The 81st Geneva Motor Show will be the stage for a series of major new vehicle and customer focused technology announcements by Ford.

Ford of Europe Chairman and CEO Stephen T. Odell will unveil a groundbreaking new vehicle during a Ford news conference. Alan Mulally, Ford's CEO, will make a special appearance by video during the news conference from Hanover, Germany, where he will be delivering a keynote speech at CeBIT, Europe's largest technology show.

They will also be joined in Geneva by Derrick Kuzak, Ford's Group Vice President, Global Product Development and Jim Farley, Group Vice President, Global Marketing Sales and Service, on a The Ford show stand in Geneva packed with four new additions to its upcoming product range and highlighting exclusive Ford technologies designed to significantly enhance the driving experience for customers.

Ford also plans the European debut of the Ford C-MAX Energi, a pre-production version of the plug-in hybrid first shown at the North American International Auto Show in Detroit, that will launch in Europe in 2013. The vehicle will be built at Ford's Valencia plant in Spain.

The all-new Ford Ranger Wildtrak is making its global debut at the 2011 Geneva Motor Show, a sporty compact pickup that delivers impressive power and safety, excellent fuel efficiency and significant capability. Due to go on sale in the UK towards the end of this year, the new Ford Ranger will feature a range of class-leading safety and "smart" technologies to make it easier, safer and more fun to drive than ever before.

Ford's vision for a sleeker, sportier and more stylish compact SUV makes its European debut at the 2011 Geneva Motor Show. First shown at the North American International Auto Show in January 2011, the Ford Vertrek concept signals the direction of the next-generation Kuga, with leading design and fuel efficiency.

The Ford Vertrek concept is based on Ford's global C-segment platform, which includes the all-new Ford Focus range and the Ford latest C-MAX and Ford Grand C-MAX multi-activity vehicles.

Plug In To The All New Focus Electric

The all-new Ford Focus Electric, Ford's first-ever all-electric passenger car, was unveiled at the North American International Auto Show in January and comes to Europe in 2012. The zero emission, fuel-free, version of Ford's popular compact car will be a flagship for the company's growing fleet of hybrid, plug-in hybrid and all-electric vehicles to go on sale in Europe in 2012 and North America by 2013.

Ford introduces the Ford C-MAX Energi plug-in hybrid at the Geneva Show, the first of two electrified models based on the Ford C-MAX five-passenger multi-activity vehicle. It will be joined by a Ford C-MAX HEV when they both go on sale in Europe in 2013. They offer low fuel consumption and emissions as well as a distinctive body design and a flexible interior.

A new and efficient 1.6-litre Ford Duratorq TDCi, with peak power of 115 PS, has been added to the comprehensive range of engines offered in Ford's large cars. At the same time the Ford Auto-Start-Stop system is being made available for this small displacement diesel engine, as well as for the recently introduced 1.6-litre Ford EcoBoost engine (160 PS).

The combination of the 1.6-litre Duratorq TDCi and Ford Auto-Start-Stop system also builds a solid foundation for the new Ford Mondeo ECOnetic, which boasts homologated CO2 emissions as low as 114 g/km.