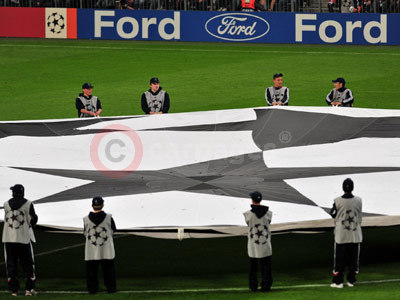 Wembley Stadium will, for the first time in the history of the Champions League, host the final, and to mark the event, Ford will offer 16 local youngsters, aged between 14 and 16, the chance to share the pitch with their heroes and display the UEFA Champions League Starball banner just before kick-off on Saturday 28th May 2011.

Ford will organise a local five-a-side football tournament on Saturda7th May 2011 at Dagenham and Redbridge FC where 1 boys' teams and 16 girls' trams will compete to win the experience.

Mark Simpson, Ford of Britain marketing director, said: "After 19 years, Ford remains proud of its position as a founding partner of the UEFA Champions League. This year, Ford celebrates its centenary year and is delighted to offer youth teams from Dagenham area the chance to win a place at Wembley's first ever Champions League final."

Adults involved in youth football, whether as a coach, teacher or parent, who have a team based in the local area, can enter the competition online before midday on Tuesday 26th April 2011.