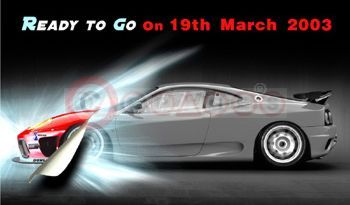 The new racing team, now named Team Maranello Concessionaires (TMC), will enter two examples of the very latest Ferrari 360GT race cars in all 10 rounds of the 2003 FIA GT Championship. The Team is determined to build on the past successes and to continue its tradition of promoting the very best of British driving talents onto the international racing scene. The team believes that the FIA GT Championship is the world’s most competitive sportscar platform and provides an excellent showcase for Ferrari cars and British talents.

Team Maranello Concessionaires will be managed and operated by Brackley-based Veloqx Motorsport. With its excellent record on and off track during 2002, a title-winning campaign in its debut season in the British GT Championship, and its highly professional approach to racing, TMC will be ready to challenge the best teams in the world in 2003.