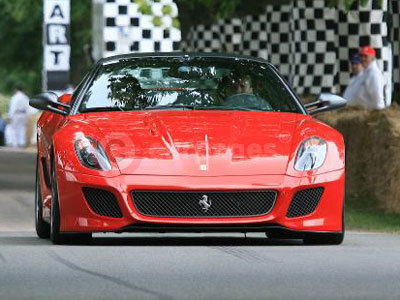 In the year ending December 2010 Ferrari sold close to 300 cars in China, its best result since the company started exports there. This result represented a further strengthening of the positive trend within the market in recent years, and an increase of nearly 50 per cent compared to 2009.

If the sales figures for Hong Kong and Taiwan are added - the equivalent of the Greater China Area - China becomes one of the top five international markets for Ferrari, an extraordinary result in the light of the fact that the official network was opened there only six years ago.

2010 is a historic year for Ferrari in China, not just thanks to the sales record, but also because the 999th client will be the centre of attention of a special celebration in Shanghai on the 14th of January. The number is especially auspicious as, in China, the number nine is considered lucky and represents longevity.

Ferrari's success in China is the result of the attention the company has paid to the market in recent years, culminating in 2010 with the introduction of special, dedicated initiatives. The structure of the official network has been strengthened and new partners have been selected to increase the number of dealerships from the current 10, with new dealers opening in a number of different cities in the next few months. 2011 will also see the start of the first Asian championship in the Ferrari Challenge single-make racing series.

Ferrari's commitment to this strategic market was further underlined in 2010 by the display of the HY-KERS laboratory vehicle at the Shanghai World Expo in the Italian Pavilion and the launch of the 599 GTO at the Beijing Auto Show, Ferrari's first ever world premiere in China.

Similarly a number of cultural initiatives further emphasised the strength of the ties between Ferrari and China, such as the scholarship programme dedicated to students from the Automotive Engineering faculty of Tsinghua University. After studying at the Politecnico di Milano the students undertook an internship at Ferrari's factory in Maranello. The programme will continue in 2011 and is financed thanks to another cultural partnership; that with the Chinese artist Lu Hao who created a special one-off Ferrari 599 GTB, painting the bodywork with a special technique that reproduced the effect of antique Ge Kin porcelain from the Song dynasty, which was sold at auction in Beijing.