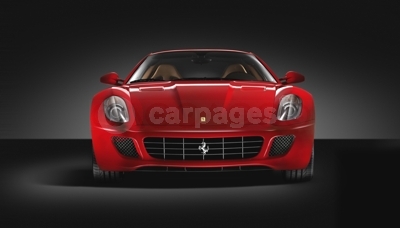 The Geneva Motor Show provides the venue for Ferrari’s unveiling of the new Ferrari 599 GTB Fiorano, the most powerful 12-cylinder berlinetta ever developed at Maranello. This new model combines the most innovative and technologically advanced features ever applied by Ferrari to a front-mid engined two-seater, and sets a new benchmark of excellence in terms of handling, driving pleasure and design.

The Ferrari 599 GTB Fiorano boasts absolutely stunning performance: its 6-litre V12, which was developed from the engine that powered the Enzo supercar, punches out 620 hp at 7,600 rpm and combines with an all-aluminium chassis and bodywork for a weight-power ratio of less than 2.6 kg/hp.

The Pininfarina-designed Ferrari 599 GTB Fiorano replaces the last in that great line of berlinettas, the 575M Maranello, of which - together with the 550 Maranello introduced in 1996 - no fewer than 5,700 have been produced, a record for this flagship model for the Prancing Horse. The Ferrari 599 GTB Fiorano also owes a debt to Alcoa for its all-aluminium space frame, and to Delphi for its innovative suspension system.

2005 was a highly successful year for Ferrari. While maintaining the brand’s exclusivity, Maranello worked hard to reduce the delivery time for new owners and to meet the demands of the new, fast-growing markets. The result was that approximately 5,400 cars were delivered last year. This impressive figure reflects the excellent performance of both the berlinetta and spider versions of the F430 and the 612 Scaglietti (834 of which were delivered) as well as a contribution from the limited edition Superamerica of which 559 were built in total.

Further confirmation of the unique appeal of Ferrari’s cars came from the fact that almost every car ordered in 2005 included some personalisation features, selected either directly from the "Carrozzeria Scaglietti" Personalisation Programme or as one-off requests. Since 1997, in fact, Ferrari has been offering its clients the opportunity of using the Programme to enhance their cars and turn them into truly unique creations. New options are added to the Carrozzeria Scaglietti Personalisation Programme each year and its content is extended to encompass each new model launched.

The programme was named in honour of Sergio Scaglietti as it is inspired by the same spirit that drove the great coachbuilder when he first began working with Ferrari, often producing glorious one-off bodies for clients who wanted a truly unique car that went beyond even the Prancing Horse’s signature innovation and excellence.

The Ferrari Maserati Group was split up in April and in 2005, concerning only Ferrari’s activities posted revenues of € 1,289 million and had a trading profit of € 157 million, an increase of 13.8% on the previous year’s figure. This significant improvement was linked principally to the increase in sales volumes and efficiency gains which were partially offset by negative impact of euro-dollar exchange rates.

The 9.7% increase in turnover was contributed to in great part by North America (with approximately 8% more cars sold in 2005 than 2004), Italy, the United Kingdom, France and Switzerland. However, the new and emerging markets (the Middle-East, Eastern Europe and South America) also contributed quite substantially with sales growing significantly there. Thanks to our brand-new dealership network in China, in fact, a total of 82 cars were delivered there, a leap of around 100% on 2004.

As a result, 2006 looks set to be another good year for Ferrari, boosted by the introduction of the new Ferrari 599 GTB Fiorano which completes a unique, technologically cutting-edge product range, in which each model sets a benchmark in terms of performance, driving pleasure and design. The new 12-cylinder two-seater completes the overhaul of the entire range which started in 2004 with the 612 Scaglietti.