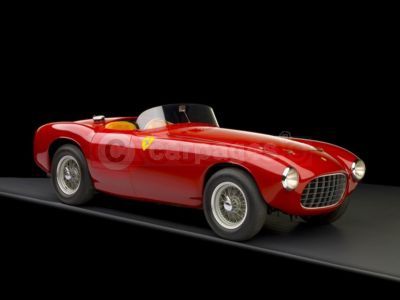 North America’s leading vintage motor car specialists RM Auctions and internationally renowned auction house Sotheby’s team up for historic sale of what could end up being one of the world’s most valuable motor cars to be sold at auction, the original 1962 LeMans winning Ferrari 330 TRI/LM Testa Rossa, driven by Phil Hill and Olivier Gendebien.

Canadian-based RM auctions has recently established operations in Europe with offices in New Bond Street, London, UK. This high profile location is a result of the exclusive relationship with international auction house Sotheby’s. This expansion supports the development of RM’s global initiatives and the extension of sales, acquisitions and restoration services to clients across the Americas and Europe.

One of the highlights of the May 20 auction is undoubtedly going to be the 1962 Ferrari 330 TRI/LM Testa Rossa. The only 4-litre Testa Rossa built, it also is the last Testa Rossa built by Ferrari. Driven to victory by the incomparable endurance racing pairing of Phil Hill and Olivier Gendebien, it is the last front-engined car ever to capture the overall victory at Le Mans, the Hill/Gendebien team’s epic third Le Mans win. Its provenance is impeccably documented. It is incomparable and absolutely unique. (Est. $8,000,000 - $10,000,000 U.S.)

1966 Ferrari Dino 206 SP (Chassis 008) - retains its original 2 litre V-6 engine, gearbox and bodywork and has been restored mechanically and cosmetically to the highest degree. Its well-documented history includes ownership and entries by both SEFAC Ferrari and N.A.R.T., as well as an impressive roster of drivers from the greatest age of sports car and sports prototype racing: Bondurant, Vaccarella, Ginther, Rodriguez, Kolb, Follmer, Schlesser, Gregory and Peter Gregg. (Est. $2,200,000 - $2,700,000 U.S.)

1997 Ferrari F310B Formula One - Chassis 175, the ex-Michael Schumacher, Monaco and Spa winning example is one of the most important of all the Scuderia Ferrari Formula 1 race cars. Fabulously presented and recently track tested, this historic example has been part of two important U.S. collections since its retirement and is offered for sale for the first time in many years.(Est. $1,000,000 - $1,400,000 U.S.)

Max Girardo, managing director of RM Auctions’ new London-based European division remarks, “This auction represents a milestone in RM’s continued success in the international world of vintage automobiles.  We are honoured to share this important and historic event during the 60th anniversary of the legendary Ferrari marque.” Entries are still available for this event, and collectors are invited to contact RM Auctions Inc. for a confidential market appraisal and consignment information.

Special media-only preview times have been scheduled prior to the auction. A light lunch will be served along with local wines. Pre-registration for media credentials and further event details can be found at www.rmauctions.com. For the public, admission to the event requires the purchase of an official auction catalogue available for € 65 / US $ 80 (plus shipping). The catalogue admits two persons and must be presented at the entrance of Ferrari’s Fiorano racetrack in order to be granted entry. The weekend event schedule is as follows: