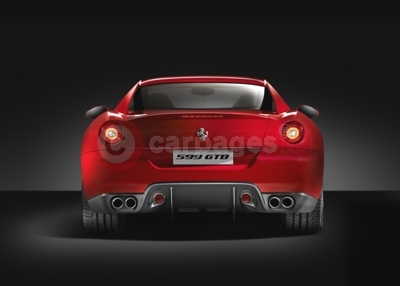 Fiorano after the circuit Ferrari uses to hone the performance of its track and road cars; GTB as in Gran Turismo Berlinetta after the most famous Ferrari berlinettas ever built; and 599 to reflect the displacement of its V12 engine divided by 10. The stunning new all-aluminium two-seater that Ferrari is unveiling at the Geneva Motor Show is summed up rather succinctly by its own name and delivers everything that this promises. The Ferrari 599 GTB Fiorano, in fact, sets a new benchmark of excellence in the sports car world.

This new model was designed with several specific objectives in mind: to surpass the intense driving pleasure of such renowned models as the F40, to guarantee stunning performance courtesy of its highly innovative content and technology transfers from the F1 single-seaters, and to deliver superior standards of roominess, comfort, ergonomics and safety. The result is the absolute pinnacle of achievement in terms of thoroughbred Ferrari sportiness and technology.

The new Ferrari 599 GTB Fiorano sprints from 0 to 100 km/h in an astonishing 3.7 seconds and boasts a top speed in excess of 330 km/h. However, it is still the new model’s uniquely innovative content that guarantees superior driving pleasure, handling and sportiness.

The Music Of The V12 Created For The Enzo

The technical specification of the engine speaks for itself: 5999 cm3 displacement, a specific power output of 103 hp/litre (a first for a naturally aspirated production engine of this displacement).

Twin overhead camshafts per cylinder bank boast continuously variable timing on both inlet and exhaust cams to optimise torque delivery and drivability at both low and high revs. A twin-plate, low inertia clutch in unit with the engine also helps lower the centre of gravity. Chain driven distribution reduces noise and is maintenance-free. The Fiorano’s engine delivers a maximum torque of 608 Nm at 5,600 rpm and means that the car pulls well at all engine speeds. The new model’s breathtaking sportiness is due in part to record maximum revs for an engine of this displacement (apart from the Enzo). Its maximum power output is 620 hp at 7,600 rpm with a maximum engine speed of 8,400 rpm. Particular attention was also paid to fuel consumption which is the same as in the previous model, under similar use, despite a significant leap in performance. Development work for the Ferrari 599 GTB Fiorano also focused specifically on the distinctive sound the engine makes, reducing mechanical resonance in favour of a pure V12 soundtrack from both the intake manifold and the exhaust system. This not only enhances driving pleasure but makes for a quieter ride inside the cabin itself.