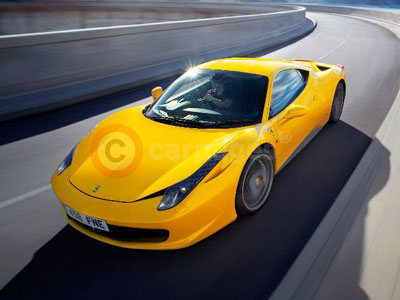 The award-winning Ferrari 458 Italia has taken another international prize, winning the coveted title of "Performance Car of the Year 2010" from Car magazine, one of the most respected automotive monthly magazines in the UK. "The 458 Italia is an extraordinary Ferrari and a deserving winner of Car's Performance Car of the Year award," said Phil McNamara, Editor of Car magazine. "That one of the fastest, most thrilling and communicative supercars of all time is also one of the easiest to drive day in, day out is a remarkable achievement. Next year's new McLaren supercar will have to be extraordinarily talented to dislodge the Italia."

Car magazine's "Performance Car of the Year" test took place over more than 2500 miles in Europe earlier this year, with competitors from eight different brands all competing to win this coveted award. After several gruelling days evaluating each car, the Car team decided the Ferrari 458 Italia was more than a match to whatever the magazine or the competition could throw at it.