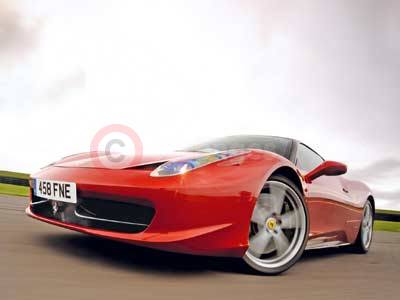 The Performance Car of the Year award has been presented to the Ferrari 458 Italia for the second consecutive year by Auto Express magazine.

The Ferrari 458 Italia was selected by the judging panel following scored for performance, handling on the road and on the track and desirability. The 458 Italia earned top marks in all three categories.

Steve Fowler, Editor in Chief of Auto Express, commented: "Being a double winner of our Performance Car of the Year is a massive achievement for the 458 Italia. Nothing has come close to matching its blend of performance, agility, style and quality – this is a car that’s as thrilling to drive as it is to look at, a joy to potter around in and an absolute blast to drive fast. It’s going to take some stopping at next year's shootout."