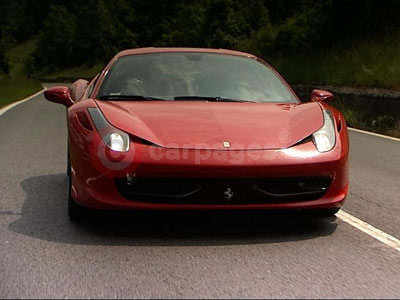 The outstanding Ferrari 458 Italia has been nominated Fifth Gear's "Fast Car of The Year". Reviewing Ferrari's latest mid-engined V8 sports car on a road test in the hills above Maranello, home of the fabled Prancing Horse, Jason Plato described the car as "a beautifully-engineered bit of kit." His praise went even further when he declared: "I'm not kidding when I say this is the best car I've ever driven, by a good way. It is just amazing!"

The Fifth Gear Awards are decided by the entire Fifth Gear team, including presenters and crew, and are only given to the most deserving and notable cars that have been featured in either of the two series of Fifth Gear during 2011.

The Ferrari 458 Italia was revealed at the Frankfurt Motor Show in September 2009 to immediate critical acclaim. Following an extensive international media test drive programme in Maranello the car has been the subject of enthusiastic reviews, with its handling, roadholding, ride comfort and performance all being subject to the kind of superlatives rarely seen from the world's leading journalists.