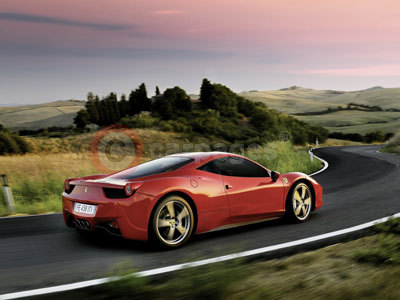 The Ferrari 458 Italia has been declared 'Supercar of the Year' by GQ Magazine, the UK's most important and influential men's style magazine. The magazine described the newest addition to the Ferrari range as "a motor that elicits the most primal response from all who see it, while moving engineering on to a whole new level", with the engine in particular being described as a "masterpiece".

The GQ Magazine award comes on the back of another recent award from BBC Top Gear Magazine which voted the Ferrari 458 Italia not only their 'Supercar of the Year' but their overall 'Car of the Year'.