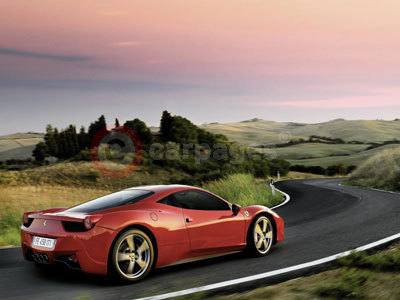 The Ferrari 458 Italia has won a further coveted award, taking the Car of The Year title from a strong field of supercars in The Daily Telegraph's "Motoring" supplement, one of the UK's most respected automotive supplements.

In declaring the Ferrari 458 Italia the winner in the "Money No Object" category Paul Hudson, Head of Motoring at The Daily Telegraph, said: "The 458 Italia wins because of the pure driving pleasure it delivers - to drivers of all abilities. It flatters your driving while involving you fully in the experience. Despite its towering performance there are many faster cars, but the 458's astounding levels of tactility and refinement clinch it. It has almost telepathic steering, superbly linear major controls, looks (and sound) to die for. Hell, it's even comfortable."