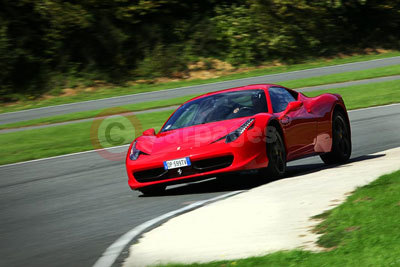 The Ferrari 458 Italia has been announced as the winner of Autovisie’s annual “Supertest”, the leading Dutch car magazine’s traditional end of year group test designed to find the best driver’s car of the year. This demanding supercar test included timed laps of the Folembray circuit in the North of France, with the Ferrari 458 Italia recording the fastest lap time in the hands of experienced Dutch racing driver, Peter Kox.

According to the magazine: “The Ferrari 458 Italia excelled on the circuit. And on the public road, the car surprised with the ease with which its enormous speed potential can be used.”

Since its launch the Ferrari 458 Italia has won more than 35 international awards, the most recent of which include Motor Trend’s ‘2011 Best Driver’s Car’, Auto Motor und Sport ‘Best Sports Car’, and ‘World Performance Car of the Year 2011’. In addition the 4.5-litre V8 engine powering the 458 Italia was awarded ‘Best Performance Engine’ and ‘Best Engine over 4 litres’ during the prestigious 2011 International Engine of the Year Awards.