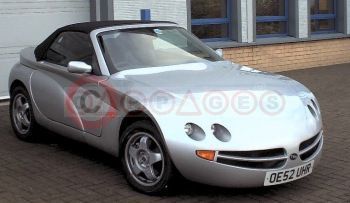 Five years old this year, Brackley, Northants based FBS Cars is a sports car maker driven largely by business angel finance. With its Census V6 model now comfortably rolling off the production line and into customers’ hands at the rate of about one a month, the company still excites interest from private individuals wanting to buy into the British sports car business.

"I think that what attracts these people to us as an investment opportunity, is that they can see that the Census V6 has been as meticulously planned as a business proposition, as it has a product", says managing director and chartered engineer Andrew Barber, who with graduate engineer friend Robin Hall, first began to sketch out the concept in their spare time while both were working for the likes of Lotus, Ricardo, Prodrive and BMW-Rover.

According to Barber, the FBS recipe for success lies in not trying to meet the competition head-on but in adopting a softly-softly approach.

"Many attempts at setting up as a sports car maker have failed because people decided to go head to head with the likes of Jaguar, Aston-Martin or Lotus without giving themselves time to establish any comparable credibility. So we deliberately chose to offer something slightly different with a compact, 2.5 litre V6 front engined rear wheel drive sports car, and prepared ourselves for the long haul", Barber explains.

Though this meant setting aside funding for additional marketing to educate the customer as to the uniqueness of the car’s performance package, it is a strategy that so far is looking good for FBS.

Barber concludes that, "Because we have explained the strategy to our investors from the start, they have always understood how and when we plan to deliver a return. This must have struck the right note, because several of them have also bought cars at list price from us, showing that they have faith in not just the company and its management, but in the Census as a sports car in its own right".

If in doubt check with your local FBS dealer as car prices and technical data will have changed since 2003.

FBS Images may not be UK specification cars. Colours and exterior and/or interior elements may differ from actual models.