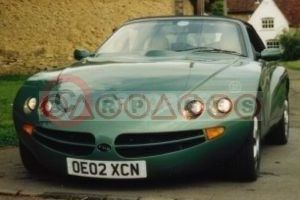 Designed very much for the real world, Census provides a blend of exceptional performance and handling, yet one that can be can be enjoyed without needing to break the legal limit.

Now in series production by FBS Engineering Ltd, of Brackley, Northamptonshire, the Census will make its International Motor Show Debut in October at Birmingham's NEC on Stand 5429 just inside the entrance to Hall 5 in the British Sports Car and Specialist Manufacturer's Pavilion.

Particular emphasis has been placed on achieving race circuit levels of grip and driver feedback without the harsh ride often found in cars of this type, and which can lead to driver fatigue over longer distances.

With an engine strategy based around torque, Census sidesteps the horsepower numbers game played by many performance car manufacturers, using a normally-aspirated 2.5 litre twin-DOHC 24-valve power plant that peaks at 220 Nm. This is what gives the car its ability to accelerate from 0 to 60 mph in 5.8 seconds, yet remain docile enough to cope with give-and-take traffic conditions.

A traditional rear wheel drive, front-engine concept, the 2 seat convertible £26,370 Census has been entirely engineered on identical computer software to that used by major car-makers.

If in doubt check with your local FBS dealer as car prices and technical data will have changed since 2002.

FBS Census Images may not be UK specification cars. Colours and exterior and/or interior elements may differ from actual models.