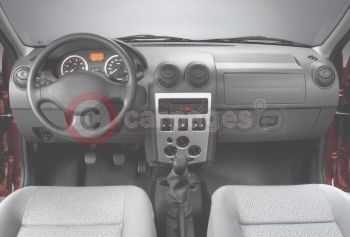 continued from | Part One
Goals: competitive pricing, reliability, durability,
and the best of Renault technology

With this in mind, in 1998 Renault began looking into the possibility of making a modern, robust and reliable family car at an entry-level price of 5,000 euros. The following year, Jean-Marie Hurtiger was put in charge of the project. "It was a fascinating challenge," he said. "We had to start from scratch on the first vehicle developed by Renault for sale initially outside Western Europe, and a programme in which financial considerations were key."

Right from the start, the goal was to meet the demands of customers for whom a car was a major purchase and whose chief criteria were the price, reliability and durability.

The second stage of the project came about early in 1999 when Renault took over Romanian car manufacturer, Dacia. As part of the deal, Renault acquired a production site that was technically obsolete but had high competitive potential, located right at the heart of targeted markets in Central and Eastern Europe.

"It was another completely fresh start. We had to modernize the plant and organization methods, all in under five years. But we could rely on Renault's commitment and on the valuable input of our Romanian colleagues," said Christian Estève, the first Dacia general manager appointed by Renault. Pitesti, the leading assembly site in Romania, was completely overhauled and brought up to a similar level of efficiency and quality as the Renault group's other manufacturing sites, which rank among the most efficient in the world automotive industry.

Logan: a modern, spacious, affordable
car for a huge international customer base

The car itself, to be called Logan, was defined fairly quickly, with a model close to the final version produced as early as the autumn of 1999. Development was handled entirely by Renault's engineers based at the Technocentre near Paris. It is a three-box model of simple design featuring five full-size seats and a large boot, and built to comply with the safety and emission standards in force in the European Union. Renault decided to use its 1.4l and 1.6l petrol engines, which have proved reliable and inexpensive to run. By the end of 2001 the vehicle was part of a broader programme that will eventually include several body styles and engines so as to meet the needs of different types of customer who may use the car for both business and pleasure.

This is a 17-year+ news article, from our Dacia archive, which dates back to the year 2000.

If in doubt check with your local Dacia dealer as car prices and technical data will have changed since 2004.

Dacia Logan Images may not be UK specification cars. Colours and exterior and/or interior elements may differ from actual models.