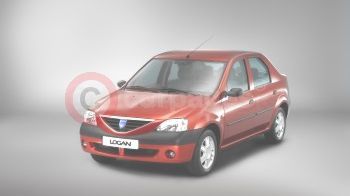 Wednesday 2 June 2004 saw the unveiling of one of the Renault Group’s most ambitious cars. Not a fancy sports car or executive saloon, but a modern, reliable, spacious car to be sold for only 5,000 euros, initially only in developing markets outside of Western Europe.

This car is the first all-new car developed for Romanian carmaker, Dacia, which Renault bought in 1999. The car itself, to be called Logan, goes into production later this year with a sales target of 700,000 vehicles by 2010.

In the late 1990s new prospects began opening up rapidly for the automobile industry. The world's three biggest markets, Western Europe, the United States and Japan, had become replacement markets offering no further potential for major growth. Until then, 80% of the world population had had only limited access to cars, but new, promising and buoyant markets were starting to emerge.

"In 1995, to ensure Renault's profitable growth, I took the decision to expand the company to markets outside Europe," recalled Chairman and Chief Executive Officer Louis Schweitzer, announcing an annual sales target of 4 million vehicles for the Renault group by 2010.

The scale of the challenge and the conditions needed for success were identified. The regions targeted for growth cover huge geographical areas. While they are extremely varied, they do share some features such as high rates of economic growth, albeit with marked cyclical swings.

Potential buyers belong to a gradually-emerging middle class that will be the automobile market's chief vector for future growth. These new customers are fully aware what vehicles are available worldwide but cannot always afford a new, modern car. When buying a car is possible, it is often regarded as an investment.

Another feature of the emerging markets is that driving conditions are often difficult, with extreme climates, roads in need of repair, irregular vehicle maintenance and cars frequently carrying heavier loads than they were designed for.

Some of these markets are closed to imports in order to protect local industry and put pressure on international car manufacturers to build production facilities in the countries concerned.

This is a 17-year+ news article, from our Dacia archive, which dates back to the year 2000.

If in doubt check with your local Dacia dealer as car prices and technical data will have changed since 2004.

Dacia Logan Images may not be UK specification cars. Colours and exterior and/or interior elements may differ from actual models.