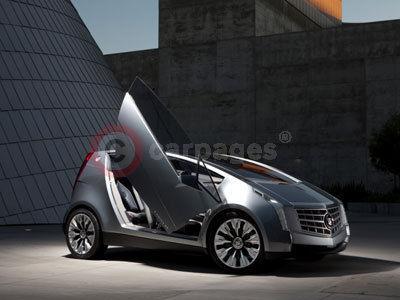 Cadillac design owes a lot to a talented bunch of people working in the UK, according to Ed Welburn, vice president of global design for General Motors.

"Our UK studio continues to do terrific Cadillac work for us," he said at the Detroit motor show. "Pound for pound it has to be the best value studio in the business."

And now those designers, believed to be working out of one of GM's sites in the UK following the closure of their Coventry base, will get a new facility in the UK.

"It's going to be a great facility and I'm really looking forward to visiting it," said Welburn.

The whereabouts of the new facility are not being disclosed but work is "progressing in stages" as money permits, according to a GM UK insider.

Welburn said that the UK-based designers are "a key part of the Cadillac team - just about every Cadillac design involves them."

Although Cadillac has never really been able to succeed in the UK or elsewhere in Europe, Welburn promised that "we now have the right products in the pipeline to do it."

The Cadillac Urban Luxury Concept, unveiled at the Los Angeles motor in November 2010, shows the sort of direction that a small Cadillac for Europe could take, said Welburn.

"I wanted to call it micro exotic because that's what it is," he said. "It's a design we will continue to play with."

Despite its scissor doors, Welburn said that technically the concept is "not beyond possibility" as a production car and a number of powertrains, including electric, could be used.

This is a 9-year+ news article, from our Cadillac archive, which dates back to the year 2000.

If in doubt check with your local Cadillac dealer as car prices and technical data will have changed since 2011.