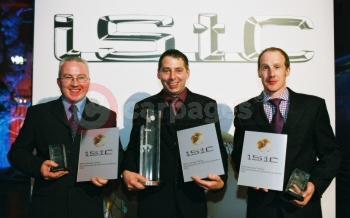 A master technician from Scotthall BMW & MINI North London has proved he’s the best in the world after winning one of the industry’s most prestigious competitions.

Technical co-ordinator Dennis Carey was part of the BMW Great Britain team that won the worldwide finals of BMW's contest to find its top technicians.

Aged 38, Dennis is based at Scotthall Borehamwood and has a wealth of international experience, including working in the USA and for BMW Australia in Sydney.

He flew to Germany for the competition which included four tough days of assessments before being announced as the 2004 winner.

Dennis, who has worked for BMW for14 years, underwent a rigorous practical and theoretical assessment as well as being tested on technical knowledge at the manufacturer’s global headquarters in Munich.

This is the second time that Dennis has been picked to represent BMW (GB) in the competition, which is held every two years and attracts entrants from 40 countries around the world.

Second to the GB team were technicians from Austria while China came third.

Dennis, who is married with a baby daughter, said: "It is obviously a great honour to be a part of the British team and representing Scotthall BMW and I’m delighted that we managed to win this year against some very tough competition."