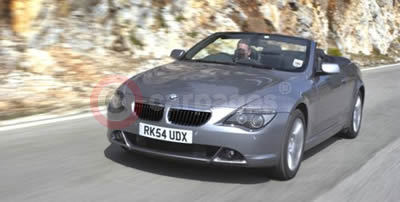 2005 will be the 25th anniversary of BMW passenger car sales in the UK under the direct ownership of the manufacturer. BMW took over the franchise operation of TKM in 1980 and UK sales in BMW’s first year in command were just 13,451 units.

"This year we expect to sell around 100,000 vehicles in the UK, our best year ever, but depending on the overall state of the economy in the country next year, we should see a growth in our sales of another five per cent" said Chris Willows, Corporate Communications Director of BMW Great Britain. In 2003 BMW’s UK sales were 93,500 units. Approximately 70 per cent of their UK customers are business or company car users.

Willows was speaking at this week's media introduction of the new BMW 630i Coupe and Convertible, BMW 535d Saloon and Touring and BMW X3 2.0d models which go on sale immediately.