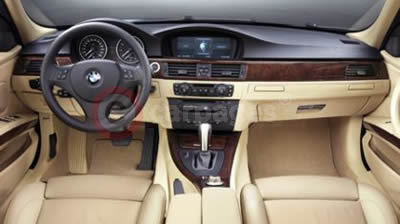 Powering the fifth generation of new BMW 3 Series is a range of engines all married to a standard six-speed manual gearbox (six-speed automatic optional). Topping the range is the BMW 330i featuring the most powerful, yet lightest, six-cylinder engine in its class – the same engine that powers the recently launched BMW 630i Coupé. Delivering 258bhp and 300Nm (221lb-ft) between 2,500 and 4,000rpm, this engine powers the car from zero to 62mph in just 6.3 seconds and on to a limited top speed of 155mph. However, this is not at the expense of economy, with the new 330i delivering 33.5mpg combined fuel consumption.

These levels of performance are made possible by a number of significant developments in engine design and construction. The engine sees BMW use magnesium in its construction process for the first time in large-scale series production. The crankcase jacket, bedplate and cylinder head cover are all made from magnesium, which weighs 30 per cent less than aluminium.

The new 3 Series range will also feature a two-litre diesel and a two-litre petrol variant at launch. The BMW 320d, currently the UK’s most popular 3 Series model, features second-generation common rail diesel technology and a variable vane turbocharger to deliver 163bhp and 340Nm (251lb-ft) of torque. This provides the car with the best of all worlds. Acceleration to 62mph is achieved in 8.3 seconds with a top speed of 140mph. While delivering this level of performance, it also achieves 49.6mpg on the combined cycle and, as an additional benefit to the company car driver, is EU4 compliant.

The engine in the new 320i is based on that of the outgoing 318i, but with enhancements to the induction and exhaust systems. Also benefiting from BMW’s VALVETRONIC and Bi-VANOS systems, the new 320i offers 150bhp at 6,200rpm, with a maximum torque of 200Nm (147lb-ft) achieved at 3,600rpm. This enables the car to accelerate to 62mph from standstill in 9.0 seconds, achieve a top speed of 137mph yet still deliver a frugal 38.2mpg.