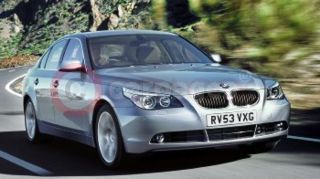 BMW has won four trophies in this year’s What Car? awards and five categories in the Fleet Excellence awards.

Last night’s ceremony saw BMW gain honours in more categories than any other manufacturer with wins in the Executive, Performance, Roadster and Small Executive categories.

Launched in September 2003, the new BMW 5 Series has once again taken BMW’s executive saloon to the head of its class. This latest award means that the 5 Series has won What Car?’s Best Executive Car title in eight of the last nine years – the old model having won in seven consecutive years between 1996 and 2002, prompting What Car? to create a Lifetime Achievement award in 2002 for the model.

"The 5 Series has improved in two key areas that really matter to executive buyers. Its creamy smooth ride and outstandingly quiet cabin truly satisfy and are enough in themselves to put the BMW back on top of the executive pile. Attractive contract hire rates, excellent residual values and masses of interior space complete the package."