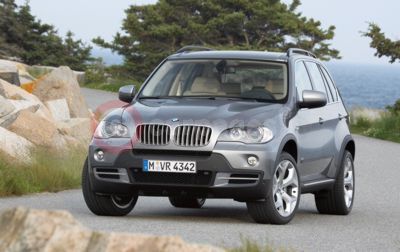 The BMW X5 defined a new segment of the car market when it first appeared in 1999. It was the first SUV-type vehicle to offer a genuinely sporty car-like drive. BMW coined the phrase Sports Activity Vehicle to define its dynamic attributes over its rivals’ utilitarian construction. Year-on-year record sales since its launch in the UK are evidence of its appeal to customers and it set a new standard for the competition.

Seven years after its 1999 Frankfurt Motor Show debut, BMW is pleased to announce the arrival of an all-new X5 Sports Activity Vehicle that aims to redefine its class courtesy of an enviable list of firsts. The new BMW X5 is the world’s first SAV to be offered with Head-up Display and an active suspension system - BMW’s Adaptive Drive package. It is the first SAV that can be specified with Active Steering for unsurpassed manoeuvrability and the first to be shod with Run-flat tyres for added safety. It is also the first BMW to offer a third row of seats for added practicality.

New standards in economy and emissions

The new BMW X5 is powered by the latest, most advanced engines. A choice of three units is offered, all of which feature increased power compared to the engines in the outgoing model, while also posting more economical consumption figures and reduced emissions. The biggest seller in the UK will be a 2,993cc six-cylinder diesel but, for those preferring the characteristics of petrol power, the X5 can also be specified with a 2,996cc six-cylinder or a 4,799cc V8 engine.