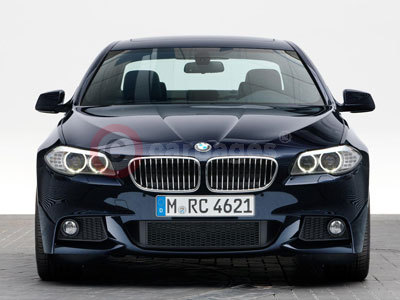 The BMW Group in the UK (BMW and MINI combined) has reported a rise of 10.8 per cent in its 2010 sales increasing from 138,549 to 153,312 vehicles comparedto 2009 against a market which has seen overall sales increase by just under twoper cent. BMW Group market share for the year increased to 7.5 per cent. The Group has seen sales increase in December 2010 to 12,147 vehicles, a rise of three and a half per cent compared to a six per cent decrease in the market, from the 11,725 vehicles sold in the same period in 2009.

"We have seen strong sales growth from BMW Group in the UK this year and, with sales exceeding 153,000 vehicles. BMW has not only secured its position as the UK's top premium brand in 2010 but has also increased its lead in thepremium sector," said Tim Abbott, Managing Director of BMW Group UK. "Both BMW and MINI brands have outperformed the market and in particular we have seen significant growth coming from the company car market. Sales of the 3 Series have exceeded our expectations driven by a strong performance from the 320d Efficient Dynamics Saloon with its significant tax advantage. The new 5 Series Saloon has made an excellent start and we have also seen considerable incremental growth from the X1. MINI has seen its highest ever market sharesince it was launched and the new MINI Countryman has made an immediate impactwith customers now waiting until the spring for delivery of their vehicles.

"Although the 2011 outlook is challenging, particularly in the first six months, we remain cautiously optimistic and we are going into the new year with a strong forward order position with our order bank double the size compared to this time last year," Abbott concluded.