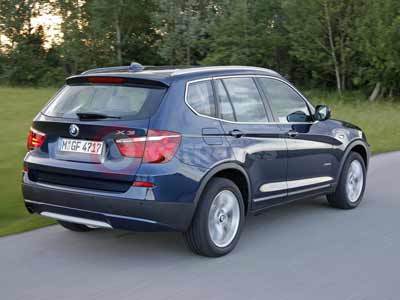 The BMW Group has announced sales of 110,891 BMW, MINI and Rolls Royce vehicles sold around the world achieving its best-ever August sales result in 2011.

Ian Robertson, member of the Board of Management of BMW AG, responsible for Sales and Marketing: "We achieved record sales once again in August. Models such as the BMW X3, the BMW 5 Series Sedan and the BMW 5 Series Touring continued to report strong gains and made a positive contribution to our record sales performance last month. Looking ahead, we are confident that we are in a good position with balanced growth across the world and a young, attractive portfolio, including the new BMW 1 Series which goes on sale this month. We expect our growth to increase to double-digit figures in September and we are absolutely on track to achieve our goal of over 1.6 million vehicle sales in 2011."

BMW Group retail volumes rose on all continents and in virtually all markets in August. In Europe, the company's biggest region, sales grew 11.4% to 47,009 units. Asia accounted for 29,311 units and climbed 9.2% while sales in the Americas were up 1.5% to reach 29,916 vehicles.