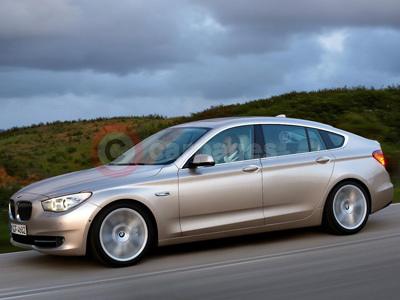 Ian Robertson, member of the Board of Management of BMW AG, responsible for Sales and Marketing: "The August sales figures developed better than expected. We are seeing a stable upward trend and are gradually regaining the level we had prior to the economic and financial crisis. Our BMW brand not only sold 16.3% more automobiles year-on-year - for the first time, it also delivered more vehicles than in August 2007 (+3.6%) and 2008 (+3.1%)." Robertson added: "Asia - and China in particular - was the most powerful force driving our sales growth once again in August. We have already sold more than 106,000 BMW and MINI vehicles so far this year in China: This is more than in the whole of 2009. However, as the world's leading premium automobile manufacturer, we aim to maintain a good balance between our Europe, Asia and Americas regions."

Sales of BMW brand vehicles rose sharply by 16.3% to 88,007 units (previous year 75,699) in the month under review. A total of 775,262 vehicles were delivered to customers in the year to the end of August (previous year 679,913 / +14.0%). BMW remains the world's best-selling premium automobile brand both for August and the year to the end of August, and was able to expand its lead over the relevant competitors. BMW maintains its high-value model mix, with retail gains for the large model series in particular in August: Sales of the BMW 7 Series, for instance, increased 52.8% to 6,051 (previous year 3,961) units in the month under review. The BMW 5 Series also reported sales growth of 24.9% (16,175 / previous year 12,948). The market launch of the new BMW 5 Series Touring will give the 5 Series another major boost from September onwards; orders for the new model are already well above plan. The X models also reported higher volumes: Sales of the BMW X5/X6 models climbed 36.4% to 12,707 units (previous year 9,316). Although the successor model is just around the corner, X3 sales increased 10.3% to 3,936 units (previous year 3,570).

With extensive revisions to the MINI model range, including striking design modifications and new engines, due to get underway in mid-September 2010, the MINI brand reported a decrease in deliveries in August. As expected MINI sales were 6.7% lower than in August 2009 at 14,986 (previous year 16,064) vehicles. A total of 142,529 MINI (previous year 136,879) cars have been delivered to customers worldwide since January - 4.1% more than in the same period last year. With the addition of the new MINI Countryman mid-September, the MINI family will expand to include four versions. The first MINI crossover model will provide a strong impetus for growth in the upcoming months. Orders for the Countryman are already well over plan.