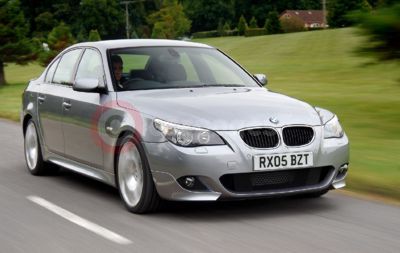 At the end of September official SMMT show that for the first nine months of this year new UK car sales were down by 5.2 per cent overall but BMW’s sales have increased by 10 per cent.

In the registration plate change month of September, the overall UK new car market was down 3.2 per cent but BMW sales increased by 17 per cent. BMW say some of this growth can be attributed to the launch of the new 3 Series Touring models. But in general they say demand for premium car brands has only slowed by 2 per cent in the UK this year as opposed to much bigger losses in the non-premium volume sectors where there have been less private and fleet customers.

Sales to business buyers this year show a 17.3 per cent increase for the market as a whole, a sector BMW are traditionally strong in.

The UK remains BMW’s third largest market in the world. The leading market is Germany, followed by the USA. In fourth place is Italy, which accounts for just half the number of BMW sales in the UK.

Uwe Ellinghaus, marketing director of BMW (UK) Ltd said yesterday, "As a German company we are used to dealing with rising and falling new car markets. We can vary our production schedules accordingly to meet demand. We are only successful because we know how to deliver a premium brand strategy as we have shown this year with our new model ranges and new engine options."

"We fear no competitors but we take them all seriously. Even though Mercedes-Benz sales in the UK are down this year we still take them seriously because they are undertaking a new product cycle - but traditionally Mercedes customers are different to BMW buyers. Audi customers are closer in age to BMW owners but why should anybody by a good copy if the genuine product is available?"

"We have undertaken a new model offensive this year by introducing five significant new or revised new model ranges, the 3 Series Saloon, 3 Series Touring, 7 Series mid-life update, the M5 and shortly the M6. These follow on from the very successful introduction last year of the 1 Series Saloon and Touring. In addition the company had introduced 32 new or upgraded engines to their model range this year."

This is the single largest introduction of engine variants in BMW’s 89 year history. Now the BMW range consists of eight individual model series with a total of 191 variants - more than three times as many models as were offered in 1997.

For 2006 Ellinghaus does not see another 10 per cent increase in BMW UK sales because they will not be introducing any similar relatively high volume model ranges, although they will be launching other significant new vehicles. He added he was not worried by the overall downturn in the UK market but it is difficult to predict our future sales growth. Although the overall UK new car market is currently down by 5 per cent, the important business sector is showing real growth.

Overall across the entire BMW range retail customers’ account for 45 per cent of UK sales.

Two of the most significant additional new variants being introduced now are the six-cylinder, 265hp, 130i SE and M Sport variants and the 5 Series entry-level four-cylinder diesel, 163hp, 520d Saloon and Tourer models.

The second significant additions are new entry-level diesel models to the 5 Series range. Aimed at conquest customers in the business and corporate fleet market sectors, the new 520d versions are now available as Saloons and Tourers in d, SE and Sport levels of specification. Top speed for the Saloon is 139mph with a 0-62mph time of 8.6 seconds. Combined cycle fuel consumption is 47.9mpg. Prices range from £25,925 to £31,345.