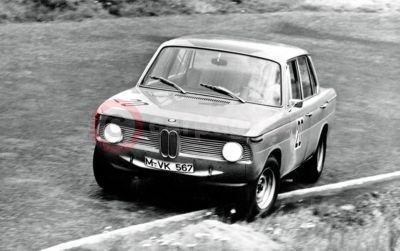 Two ‘works’ BMWs will join the ranks of glorious machines at the Goodwood Revival this year (16-18 September). A rare BMW 1800TISA will contest the St Mary’s trophy, the popular saloon car event, and a BMW RS500 will race in the Barry Sheene Memorial Trophy.

The 1800TISA was produced in 1965 specifically for motor sport. Only 200 such cars were built featuring twin carburettors, a higher compression ratio and a five speed gearbox. The 130bhp TISA won many races including the Spa 24 Hours.

The pedigree of the 1800TISA is matched by its drivers for the Goodwood Revival - Marc Surer and HRH Leopold Prince von Bayern (Poldi). Surer, a regular Goodwood favourite, was a member of the BMW Junior Team in 1977 and progressed to win the 1979 European Championship for Formula 2 cars followed by a long career in Formula 1 with Brabham and Arrows, amongst others.

The BMW RS500 motorcycle is the ex-Walter Zeller machine that ran John Surtees very close for the 1956 500cc World Championship. In 1958 this same machine was ridden by Dickie Dale to third place in the same series. It will be ridden at Goodwood by Sebastian Gutsch, another regular visitor to the West Sussex events. Gutsch is a lawyer who, in his spare time, restores and races motorcycles. He also works for BMW Mobile Tradition specialising in BMW racing history.