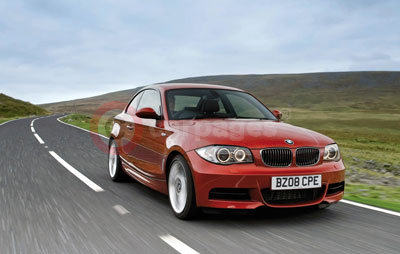 BMW has been named the outright winner of the International Engine of the Year (IEotY) awards for a record-breaking fourth year in succession. A global panel of judges awarded the top honour to the 3.0-litre twin-turbocharged petrol engine. It powers the 1 Series, 3 Series and X6 in the 135i, 335i and X6 xDrive35i models respectively. BMW and MINI drove off with five category wins between them to dominate the 2008 awards.

The 3.0-litre twin-turbo petrol engine beat an impressive list of powerplants from rival competitors to claim the outright award. The BMW 3.0-litre twin-turbo petrol engine also won ‘Best engine 2.5-litre to 3.0-litre’. The previous International Engine of the Year winner, the 5.0-litre V10 powerplant, won its category of ‘Best engine above 4.0-litres’, a feat that it also achieved in 2005 and 2006 on its way to winning the overall awards in those years. The 1.6-litre unit in the MINI Hatchback and Clubman won ‘Best engine 1.4-litre to 1.8-litre’.

The IEotY honours are the most prestigious in the automotive world recognising engineering excellence. Rounding off a satisfying year BMW was presented with ‘Best engine 3.0-litre to 4.0-litre’ and ‘Best new engine of 2008’. The 4.0-litre V8 in the current generation of M3 took top spot in its class, while the twin-turbocharged 2.0-litre diesel engine, that powers the 123d, was voted the best newcomer. Incidentally, its closest rival to this award was the 4.0-litre V8 from the M3.

Klaus Kibsgaard, Managing Director of BMW (UK) Ltd, said: “To win the International Engine of the Year is an immense achievement and underscores the technical expertise and dedication of BMW’s engineers and designers. But to win it four years in a row in such a convincing fashion is unprecedented. BMW Group’s winning engines were, in many of the categories, competing against our own products for top position.”