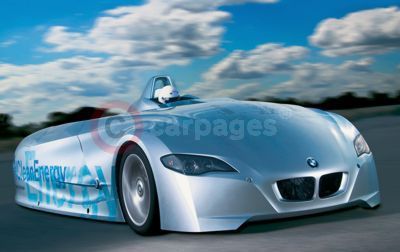 The Frieze Art Fair (21-24 October) has, in just two years, established itself as the UK’s most important market for contemporary art. Set in Regent’s Park, it is due to attract more than the record 42,000 visitors it received in 2004. The organisers also expect to sell art works totalling in the region of last year’s 25 million pounds figure to private collectors and galleries alike.

A fleet of BMW 7 Series will be available to any of the 2,500 VIPs expected to attend the Art Fair or any of the supporting events, parties and talks. Visitors last year included Damien Hirst, Jarvis Cocker, Madonna, Elle MacPherson and Gwyneth Paltrow. More information about the Frieze Art Fair can be found at www.friezeartfair.com

A similar limousine service will be provided by BMW 7 Series cars at Art Basel Miami Beach (1-4 December), the biggest and most successful contemporary art fair in the world. Renowned museum directors and curators, international celebrities and artists, and interested private collectors will, again, be in attendance, with VIPs offered access to the 7 Series and a VIP lounge that displays an exhibition celebrating 30 years of BMW Art Cars.

Contemporary artist Olafur Eliasson has been commissioned to create the 16th BMW Art Car using the record-breaking hydrogen-powered BMW H2R car as a canvas. Following in the footsteps of Andy Warhol and David Hockney, the Danish-born artist was selected for his prowess as an internationally acclaimed artist as well as his philosophy as a champion of renewable energies.

Eliasson has hosted large-scale exhibitions of his work at museums such as Tate Modern in London, the ZKM in Karlsruhe and the Musée d‘Art Moderne de la Ville de Paris. Current examples of his work can be found in world-famous public and private collections such as the Guggenheim Museum in New York and the Museum of Contemporary Art in Los Angeles.

The H2R record car, which set nine world records for hydrogen-powered vehicles at the Miramas Proving Ground in France in 2004, will be delivered to Eliasson this month with the finished work being presented to the public in spring 2007.

Eliasson’s artwork will form the latest chapter in BMW’s priceless collection of motoring art. The first BMW ‘Art Car’ was a 3.0 CSL created by Alex Calder in 1975, with the most recent being the BMW V12 Le Mans race car created by Jenny Holzer in 1999. Other famous artists such as Roy Lichtenstein and Frank Stella have also contributed to the collection.