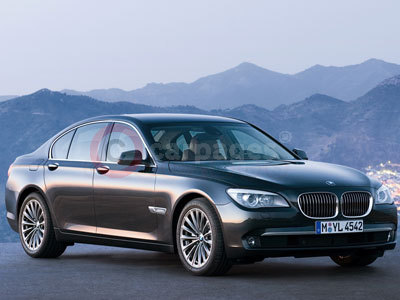 The launch of the fifth generation of the BMW 7 Series sets a new benchmark in automotive luxury, technical innovation and class-leading driving dynamics, combined with emissions reducing and fuel saving technology.

The flagship of the BMW model range debuts in November with a host of world firsts and will initially be offered with a choice of three powerplants, one diesel and two petrol engines. The two petrol-powered cars will be offered with a long-wheelbase body too. All three engines produce more power yet use less fuel and produce less emissions than the models they replace.

The 2,993cc powerplant posts the lowest ever CO2 figure of any previous BMW 7 Series and it is also the most economical 7 Series ever. Its 192g/km emission figure is class-leading for conventionally powered luxury cars, while no other competitor comes close to its 39.2mpg combined consumption figure. It can accelerate from zero to 62mph in 7.2 seconds and has a 153mph top speed.

The impressive performance of the 730d is, in part, possible due to third-generation common-rail direct injection technology, incorporating piezo injectors, that operates at a peak pressure of 1,800 bar. This system ensures a near perfect combustion process. Weighing 185kgs the new six-cylinder diesel engine is also 5kgs lighter than its predecessor.