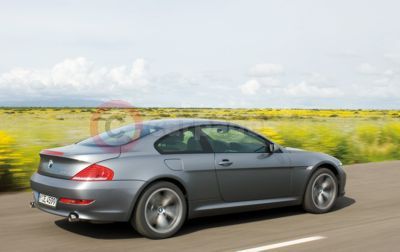 The BMW 635d is joined in the range by the 630i and 650i, offered in both Coupé and Convertible bodystyles. The six-cylinder magnesium and aluminium engine in the 272hp 630i now features new lean burn technology in the guise of high precision direct injection and double-VANOS variable valve technology. With its piezo crystal injectors for optimium fuel atomisation, the new style of induction makes for a subsequent near-complete fuel vapour burn and the best in engine efficiency.

The BMW 650i Coupé and Convertible models crown the range and are powered by a 4,799cc V8 engine providing an output of 367hp. The 650i with its aluminium engine and double-VANOS and VALVETRONIC variable valve technology is capable of a zero to 62mph time of 5.1 seconds in the Coupé and 5.5 seconds in the Convertible. Again EfficientDynamics technology plays a part in both 650i models to achieve improved economy and emissions figures. For the 650i Coupé consumption on the combined cycle improves by 2 per cent to 24.1mpg, while emissions drop by 2 per cent to 279g/km. The 650i Convertible also achieves better performance recording 22.4mpg, up 7 per cent. CO2 emissions are cut from 310g/km to 299g/km.

The 630i and 650i comes as standard with a six-speed manual gearbox, while the 635d is offered with a new six-speed sports automatic transmission. This gearbox features a new torque converter with enhanced software and a two-stage damper to reduce vibrations. The enhanced transmission specification means power-wasting slip in the converter is largely eliminated and with the improved software results in gearshift times that are smoother and 50 per cent quicker.

To highlight the engineering changes introduced on the BMW 6 Series, the model has been subject to some subtle design enhancements. The exterior of the car features a revised headlight arrangement featuring LED technology and clear lenses, and a new style of front valance. The vertical struts on the front spoiler have been repositioned to accommodate a different shape of air intake for the car and the kidney grille is larger compared to the outgoing model.

At the rear, the lower reflectors have been optically enhanced as part of a redesigned rear bumper to emphasise the wide track, while a third high level brake light now sits on the boot lid lip for improved safety. The introduction of new alloy wheel design in 17-, 18- and 19-inch sizes completes the exterior changes.

Inside, and customers of 6 Series Convertible models can specify SunReflective Technology leather. This bespoke upholstery has embedded pigments in the leather that reflect infra-red radiation in the sunlight and can reduce leather temperature by up to 20 degrees centigrade.

The revised 6 Series now features an infotainment system that includes eight ‘Favourite’ buttons. BMWs have featured popular programmable buttons on the steering wheel for a number of years and the 6 Series comes with a small bank of programmable buttons for added convenience on the centre console. These can be customised and used as shortcuts to the most frequently visited parts of the iDrive system such as navigation destinations or radio stations.

BMW is at the forefront of automotive safety technology and Active Headrests appear on the 6 Series for the first time. Standard fit on cars, the system has been introduced to prevent occupants from whiplash injuries in rear end accidents. When the airbags’ central control unit registers a rear end collision pyrotechnics fire to release two springs in the head rests. These then rapidly push the front of the restraint forward by 6cms and upwards by 4cms, reducing risk to the driver and front seat passenger of serious neck injury. The BMW 6 Series is the first BMW to get Active Headrests, but the technology will appear on other models in the BMW product portfolio shortly.

The new BMW 6 Series goes on sale in the UK in October.