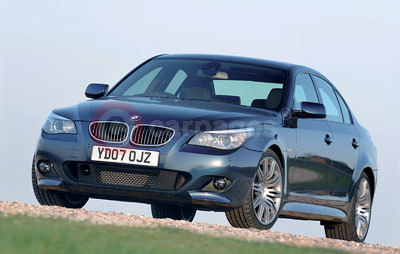 The five millionth 5 Series has rolled off the production line at Dingolfing, Germany. The 530d Saloon in Carbon Black marks a significant milestone in the story of a BMW Series that first started life as a concept car in 1972.

The first production car was a four-cylinder E12 520 Saloon with 115hp that was produced at a brand new Dingolfing manufacturing plant. By the time the successful model was replaced in 1981 nearly 700,000 first generation vehicles had been produced. Subsequent versions of the 5 Series were equally popular – in the UK the 5 Series has won its class in the prestigious annual What Car? awards in 12 of the past 14 years. It remains the only car ever to receive a What Car? Lifetime Achievement Award.

More than one million of the current E60/61 5 Series have been sold so far. In contrast to the first generation 5 Series, the latest 520d with its EfficientDynamics technologies delivers 54 per cent more power and achieves a combined fuel consumption figure of 55.4mpg and CO2 emissions of just 136g/km.