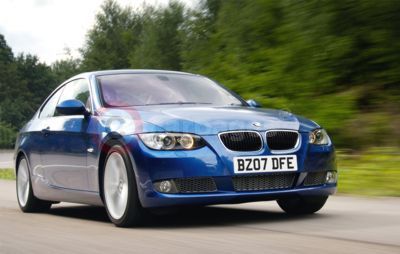 For an unprecedented third year in succession, BMW has been named the outright winner of the acclaimed International Engine of the Year, this time for its 3.0-litre twin-turbocharged petrol engine fitted to BMW 335i models.  Following successes in 2005 and 2006, with the 5.0-litre V10 engine powering the M5 and M6 models, this year it was the turn of the six-cylinder.  The engine was originally launched in the BMW 335i Coupé and is now available in Saloon, Touring and Convertible models.

“With its two turbochargers, the six-cylinder engine delivers the power and torque normally associated with a larger V8, but with the economy and emissions expected of a 2.5-litre car.  As a result, owners can benefit from the dynamic driving experience expected of any BMW, yet potentially save hundreds, if not thousands, of pounds in fuel costs throughout their ownership.”

BMW took more category honours than any other manufacturer winning a total of seven awards for four engines.  As well as winning the overall title, the 3.0-litre twin-turbocharged unit took ‘Best new engine of the year 2007’ as well as ‘Best engine 2.5-3.0-litre 2007’.  The winner of the top honour for the last two years (the V10 5.0-litre) was, this year, awarded two honours - ‘Best performance engine 2007’ and ‘Best engine - 4.0-litres and over 2007’.

In the smaller engine categories, BMW’s 2.5-litre six-cylinder engine used in the BMW X3 2.5si and Z4 2.5si Roadster models won ‘Best engine 2.0-2.5-litre 2007’ while, for the first time, an engine powering a MINI was successful.

In the 1.4-1.8-litre category, the trophy was awarded jointly to BMW Group and PSA Peugeot Citroen for the 1.6-litre turbo engine in the new MINI Cooper S and Peugeot 207. The innovative twin-scroll turbo technology with direct fuel injection has a power output of 175hp, while achieving nearly 41mpg combined fuel consumption. All MINI petrol engines are assembled at BMW Group’s Hams Hall plant in the Midlands, before being delivered just-in-sequence to the MINI plant at Oxford.