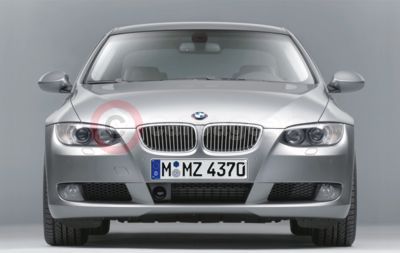 BMW is introducing three new six-cylinder powerplants into the BMW 3 Series range for September 2006. The most popular model in the BMW portfolio now encompasses a new twin-turbo 3.0-litre petrol engine, to be badged 335i, and a single turbocharged diesel engine called the 325d. Joining these two new units is the most powerful diesel ever to power a BMW in the UK - a twin-turbocharged 2,993cc engine with 286hp.

Following its launch in the 3 Series Coupé range, the 335i-badged cars come to the BMW 3 Series Saloon and Touring ranges offering scintillating performance combined with class-leading consumption, emissions figures and enhanced levels of practicality. The heart of the new 335i is a technical tour de force. Its light alloy engine is fitted with two turbochargers, each one feeding three cylinders, and High-Precision Direct Injection technology to produce 306hp and 400Nm of torque.

Unlike competitor cars whose forced induction engines suffer from turbo lag, the small turbochargers on the 335i can react more quickly to throttle inputs for increased power output of low revs. Similarly, with peak torque of 400Nm being achieved all the way from 1,300rpm through to 5,000rpm, the resulting flat torque curve delivers swift in-gear acceleration. Aiding this rapid progress is BMW’s all-new High-Precision Direct Injection system. Piezo injectors, located centrally in the combustion chamber between the inlet and exhaust valves, deliver atomised fuel in a conical burst into the chamber for optimum combustion efficiency.

Such advanced engineering ensures the BMW 335i Saloon dispatches the zero to 62mph sprint in 5.6 seconds while the Touring version completes it in 5.7 seconds, with the top speed of both cars electronically limited to 155mph. In contrast to this high performance, a 335i also offers economical motoring. A 335i Saloon achieves 29.4mpg on the combined cycle and records an emissions figure of 231g/km, while the Touring records 28.8mpg and 235g/km respectively.

Diesel to the power of two

Using the most powerful diesel engine BMW has ever offered in the UK, the new 286hp 335d will be available in the 3 Series Saloon, Touring and Coupé models from September 2006. The new 335d also uses twin turbo technology for the ultimate in diesel performance, but the characteristics of diesel power in this 3.0-litre common rail engine mean the turbochargers work in a slightly different way.

Instead of each turbocharger feeding three cylinders, the 335d uses two different-sized units working in sequence. At low engine speeds, the smaller turbocharger is effective immediately, producing 95 per cent of the available torque at just 1,500rpm. By 1,750rpm maximum torque of 580Nm is delivered and, as the engine speed heads towards 4,400rpm, maximum horsepower of 286hp is achieved as a result of the induction air now being compressed by the larger turbocharger.

This wave of torque from such low engine revs enables the 335d Coupé to power from zero to 62mph in 6.1 seconds while the Saloon and Touring versions take 6.2 and 6.3 seconds respectively. All three models, fitted as standard with a six-speed automatic gearbox with steering wheel-mounted paddles for an alternative method of gear change, are electronically-limited to a top speed of 155mph, yet are still capable of achieving economical fuel consumption.

Customers seeking high levels of performance and economy but in a more affordable package can choose the single turbocharged BMW 325d in the 3 Series Saloon and Touring models. The 197hp car offers the corporate fleet manager and private buyer alike a vehicle that records a combined consumption figure of 44.1mpg for the Saloon and 42.8mpg for the Touring. Corporate buyers will be further cheered by the CO2 emissions figure of 171g/km and 176g/km for the Saloon and Touring respectively - figures that see both fall into a relatively low Benefit in Kind tax rating.