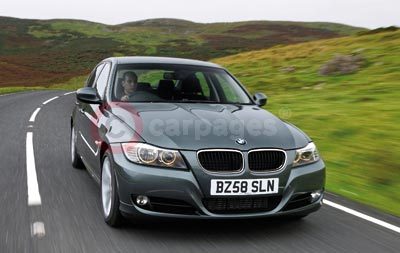 BMW’s biggest selling model range, the 3 Series, has been voted the most reliable car in a survey of Britain’s vehicle leasing companies. The poll, which covered the reliability history of nearly 900,000 vehicles in 2008, also revealed that BMW was the most reliable manufacturer overall.

In an historic win over the Japanese car manufacturers who traditionally dominate in reliability surveys, BMW topped the charts in this year’s annual FN50 reliability survey. The BMW 3 Series was the most rated model for reliability, with the MINI hatch and BMW 1 Series also making the top ten, sitting fifth and seventh most reliable respectively.

The survey compiled by Fleet News looked at multi-marque leasing companies. 881,000 cars were assessed according to the number of breakdowns per 100 of each type of model on each leasing company’s fleet. Points were then awarded according to the number of times that brands or particular models appeared in the tables supplied by the leasing firms and also for the position in which they were placed.

News of BMW’s success in the FN50 reliability survey comes swiftly after the marque won a trio of important environmental awards in recognition of its EfficientDynamics technologies.

The Energy Saving Trust staged the 2008 Fleet Hero Awards to idenitify companies that have gone to impressive lengths to cut down on fuel consumption and carbon dioxide emissions. BMW was announced the winner in the ‘Industry supplier’ category for the introduction of EfficientDynamics. Meanwhile, BMW picked up two awards in the GreenFleet Awards 2008. The marque was presented with ‘Car Manufacturer of the Year’ in honour of its innovative engineering solutions to modern day motoring issues and ‘Green Marketing Campaign of the Year’ for its accurate and effective promotion.